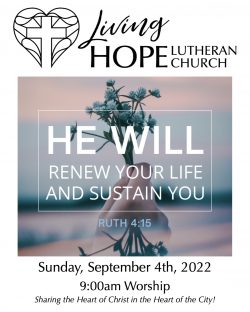 1No sooner had Boaz gone up to the gate and sat down there than the next-of-kin, of whom Boaz had spoken, came passing by. So Boaz said, “Come over, friend; sit down here.” And he went over and sat down. 2Then Boaz took ten men of the elders of the city, and said, “Sit down here”; so they sat down. 3He then said to the next-of-kin, “Naomi, who has come back from the country of Moab, is selling the parcel of land that belonged to our kinsman Elimelech. 4So I thought I would tell you of it, and say: Buy it in the presence of those sitting here, and in the presence of the elders of my people. If you will redeem it, redeem it; but if you will not, tell me, so that I may know; for there is no one prior to you to redeem it, and I come after you.” So he said, “I will redeem it.” 5Then Boaz said, “The day you acquire the field from the hand of Naomi, you are also acquiring Ruth the Moabite, the widow of the dead man, to maintain the dead man’s name on his inheritance.” 6At this, the next-of-kin said, “I cannot redeem it for myself without damaging my own inheritance. Take my right of redemption yourself, for I cannot redeem it.”

7Now this was the custom in former times in Israel concerning redeeming and exchanging: to confirm a transaction, the one took off a sandal and gave it to the other; this was the manner of attesting in Israel. 8So when the next-of-kin said to Boaz, “Acquire it for yourself,” he took off his sandal. 9Then Boaz said to the elders and all the people, “Today you are witnesses that I have acquired from the hand of Naomi all that belonged to Elimelech and all that belonged to Chilion and Mahlon. 10I have also acquired Ruth the Moabite, the wife of Mahlon, to be my wife, to maintain the dead man’s name on his inheritance, in order that the name of the dead may not be cut off from his kindred and from the gate of his native place; today you are witnesses.” 11Then all the people who were at the gate, along with the elders, said, “We are witnesses. May the LORD make the woman who is coming into your house like Rachel and Leah, who together built up the house of Israel. May you produce children in Ephrathah and bestow a name in Bethlehem; 12and, through the children that the LORD will give you by this young woman, may your house be like the house of Perez, whom Tamar bore to Judah.”

13So Boaz took Ruth and she became his wife. When they came together, the LORD made her conceive, and she bore a son. 14Then the women said to Naomi, “Blessed be the LORD, who has not left you this day without next-of-kin; and may his name be renowned in Israel! 15He shall be to you a restorer of life and a nourisher of your old age; for your daughter-in-law who loves you, who is more to you than seven sons, has borne him.” 16Then Naomi took the child and laid him in her bosom, and became his nurse. 17The women of the neighborhood gave him a name, saying, “A son has been born to Naomi.” They named him Obed; he became the father of Jesse, the father of David.

18Now these are the descendants of Perez: Perez became the father of Hezron, 19Hezron of Ram, Ram of Amminadab, 20Amminadab of Nahshon, Nahshon of Salmon, 21Salmon of Boaz, Boaz of Obed, 22Obed of Jesse, and Jesse of David.

“My soul magnifies the Lord,

47and my spirit rejoices in God my Savior,

48for he has looked with favor on the lowliness of his servant.

Surely, from now on all generations will call me blessed;

49for the Mighty One has done great things for me,

and holy is his name.

50His mercy is for those who fear him

51He has shown strength with his arm;

he has scattered the proud in the thoughts of their hearts.

52He has brought down the powerful from their thrones,

and lifted up the lowly;

53he has filled the hungry with good things,

and sent the rich away empty.

54He has helped his servant Israel,

in remembrance of his mercy,

55according to the promise he made to our ancestors,

to Abraham and to his descendants forever.”